Who is Mr. JAGGER?

I was lucky enough to be able to meet Mr. JAGGER himself, aka Christian Brandt, who came rushing on his bike wearing rainwear and a bike helmet. He met me in his beautiful new restaurant in Valby.

JAGGER COPENHAGEN is a trendy takeaway restaurant, and with his additional 8 restaurants in Copenhagen and more on the way, JAGGER is here to stay. Christian is a huge inspiration for other takeaway eateries, and he is not afraid to share his experiences.

Christian is a trained glazier but did not work a single day as an apprentice. His His heart beats for the restaurant industry. With a closed restaurant behind him and a venture in Odense, which did not go to plan, Christian has returned with a lot of strength, and JAGGER is doing very well.

The first JAGGER opened in 2016, and the idea was to make burgers of the highest quality. It had to be accessible to customers. 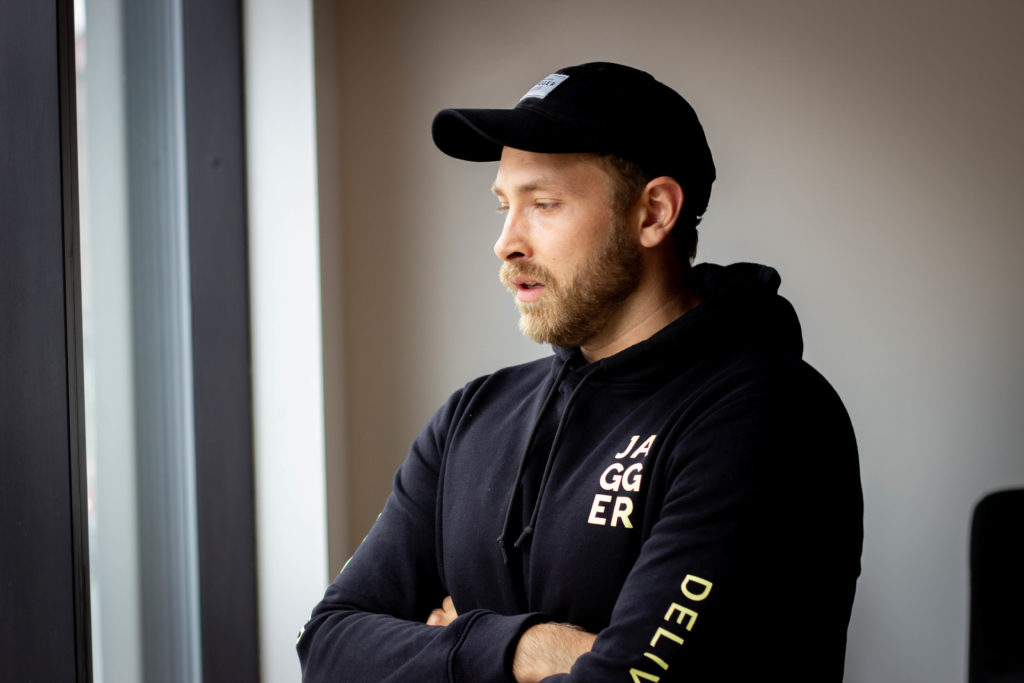 ”If we can get chefs and dishwashers to show up for work, then we can also get some young guys to come in, put on a bike helmet, and deliver some food under proper conditions,” Christian thought. He investigated the possibilities and hired the first bicycle couriers at JAGGER Østerbro. The bicycle couriers rode a lot of kilometers while Christian got control of the logistics. .” You can get a bit intimidated by the thought of having so many bicycle couriers and deliveries, but I quickly realized that it wasn’t very complicated at all.

Then we found NemTakeAway, where we could get control of the deliveries in a simple and easy way. We could get started without spending 4 million on an app,” Christian says.

JAGGER quickly got good feedback, and the food was still fresh when the customers received it. ”The product that people usually experience from takeaway restaurants has been in a bag for 30 min. We know our couriers and will not send someone who just doesn’t fucking care. We take responsibility all the way through until we get to the customer’s door, and that creates an enormous value. Take responsibility for your sales instead of offering your products on multiple platforms, which all charge a ton, but in return sells your product. . It is nice to be in full control again. I strongly recommend it. It is easier than you might think,” Christian says.

JAGGER COPENHAGEN wants to be a part of the entire process from the cooking to the delivery. “We want to be better than the companies who have bicycle couriers who often deliver a cold and pathetic pizza when they finally get there,” Christian says. In 2018 JAGGER began a partnership with Wolt, but JAGGER quickly grew tired of not feeling connected with their customers – suddenly, they didn’t know their own customers anymore.

I met one of JAGGER’s bike couriers who was even wearing rainwear and a t-shirt with the JAGGER logo. He had just arrived and was ready to go on the first trip of the day. JAGGER’s dream is to have their own bike couriers take care of all their deliveries. 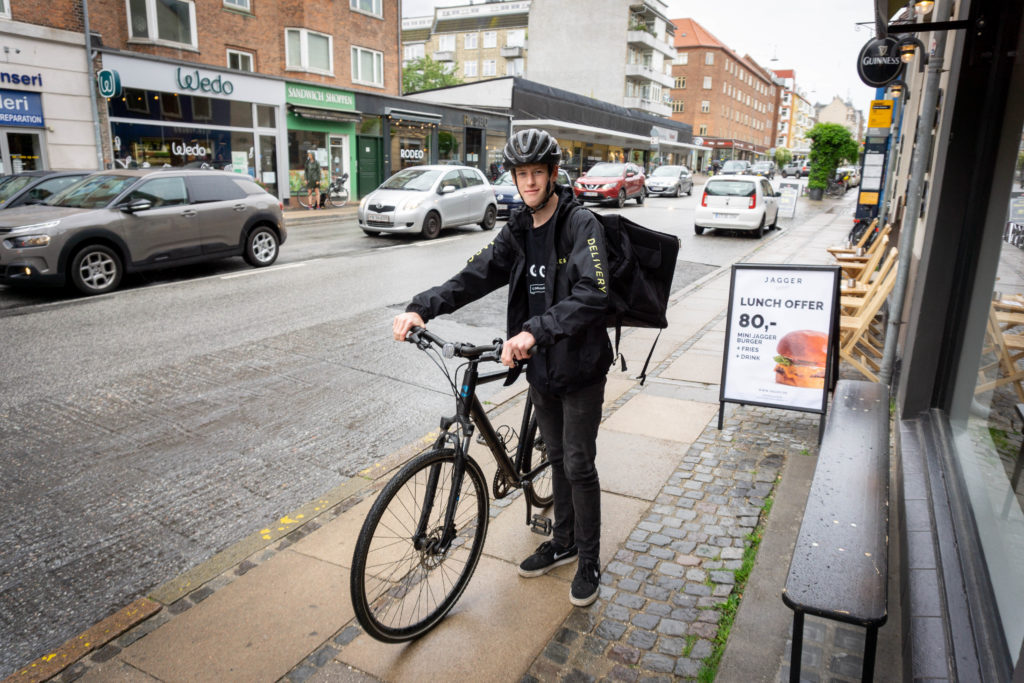 ”It has been a great experience to become a part of NemTakeAway. Your competitors all provide an abysmal service. With NemTakeAway, you will quickly become self-sustaining and independent. It is a really great product. 50% of the preorders are already being placed through NemTakeAway. We are trying to teach our customers to order directly on our own website, which has proven to be easier than expected, if it is a possibility to do so from the beginning,” Christian concludes.

Did you also get a bit hungry? Then check JAGGER out right here: https://jaggerfastfood.com/

Did you get inspired to start your own delivery like JAGGER? Then check us out right here: https://nemtakeaway.dk/leveringsmodul/